Most modern games have Role Playing Game (RPG) elements. Although once limited to games like Final Fantasy, Baldur's Gate, Fallout, Ultima, and Secret of Mana, the RPG style created ways to personalize the gaming experience. You don't just control some random guy that the developers give you; the ability to customize a player with different strengths, weaknesses, traits, and equipment quickly became an industry norm. If you want to build an RPG that not only appeals to the masses, but makes money continuously from a dedicated pool of players, consider a few of these in-game purchase concepts.

Why Spend Money More Than Once?

The traditional model for buying games has been buying a single copy of a game and needing no other purchases. The game itself is a single product, and it's up to the player to enjoy different ways to play the game. The game developer has a responsibility to make a fun standard game, but there are always other ways to interpret a work of art.

Next came expansions. Instead of a sequel that was basically a new game with a new fee, expansions added upon a single gaming experience. These expansions are usually substantial enough to warrant paying more, because they offer as much playable content as a new game. The difference is that the player created exists from the core game, then gets stronger through new abilities and items.

Downloadable content or DLCs entered the market as smaller purchases for smaller amounts of content. With some games, players feel that developers sell intentionally incomplete games for the express purpose of selling the rest of the game--often with full stories and experiences that are important to the overall game--instead of creating bonus content to sell.

Microtransactions are sometimes a type of DLC, and sometimes their own subgenre of gaming content. Some games allow players to buy basic potion, item creation materials, equipment, and in-game currency with real money. This created some controversy as well, since in competitive games, this allowed players who paid more money to hold a significant advantage over players who can't pay as much.

To benefit from the greatest number of players who enjoy microtransactions and players who would rather not pay so often, you need to strike a balance.

When you decide to include microtransactions, you're actually putting your game into a new subgenre in the minds of gamers. Gamers who are willing to pay for power will be looking for the right ways to spend money, and gamers who have been burned by microtransactions will be figuring out how "pay to win" the game really is.

One way to avoid the pay to win argument is to offer cosmetic changes only. If you're making an adventure game that is meant to be played by getting stronger, you can sell cool outfits and accessories that add no bonuses to power.

Some gamers only care if the top reaches of gameplay--endgame content--are affected. You can tap into the desire to buy power by only selling items that are useful up to, but not including the maximum level. Some games even limit the usefulness to the first 20% or 40% of the game experience.

Economy is also important, so decide if you want players to be able to sell their purchases in-game for game currency. Buying a limited number of items from the game store and selling them to players for gold is viable, but can change how money matters in player trading. Contact a mobile app software development professional to discuss in-game shop implementation and pay safety. 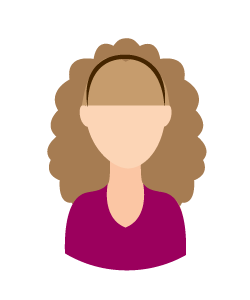 After working hard to develop a great business, I realized that there were a few problems with my marketing plan. For starters, I didn't know how to get the word out about my company online, so I hired an online marketing group. It was really interesting to see what they had in mind for marketing, and within a few weeks I started to see a lot more traffic. This blog is here to inspire other people to get the word out about their companies online, so that you can enjoy a healthier bottom line. Check out these posts for great information.